HomeAmazonia Ecotourism is the answer

Ecotourism is the answer 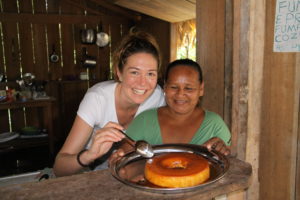 Media refer to overtourism, as if it came from the concept of travel (even if it is just a small part of it). But it’s not true. Overtourism is totally unsustainable  and we should take care of it.  Unfortunately, policy responses are, sometimes, as inconsidered as the problem they are meant to solve.

Overtourism does not result from ecotourism. The principles that move people to increase tourism revenues at whatever cost are the exact opposite.  Overtourism—which in its simplest form is tourism that harms communities by overuse or destruction of resources through overcrowding—stems from a lack of concern about destination community health and welfare and only considers the privilege of a tourist rather than a partnership between the traveler and the people of a destination.

This phenomenon particularly affects developing countries.  Locals are pushed out of their homes and do not even get to benefit from the revenues. Wildlife habitats are exploited or compromised to make way for increased construction, culminating in the destruction of local communities.

Ecotourism can be – if well implemented – the optimal alternative to this crisis, because it results from carefully planned tourism policies developed in partnership with communities, indigenous peoples, conservationists, and experts. It preserves and cares for natural resources, empowering the communities.