HomeDISCOVER THE WONDERS OF THE AMAZON FOREST

DISCOVER THE WONDERS OF THE AMAZON FOREST

The largest tropical forest on Earth. And Xixuaú is right in the middle of it.

Essential for the stability of the global climate, the Amazon contains 20% of all the fresh water on the planet and plays a vital role in providing environmental services worldwide. Despite its importance, it faces great pressure and primary forests continue to be lost at an alarming rate.

Located 500 km from the historical city of Manaus, right at the heart of the Brazilian Amazon, one of the most biodiverse areas on the planet, Xixuaú is considered of high priority for the conservation of the Amazon forest.

The Rio Jauaperi, which marks the border between the states of Amazonas and Roraima, is a black-water tributary of the Rio Negro, located just a few Km South of the white-water Rio Branco. Exceptionally rich in biodiversity, the water in the region varies from crystal clear to white and to almost black.

It was recognised as a Federal protected area on the 5th of June 2018 (see the news about the Jauaperi RESEX here), and it is endowed with a great diversity of plants, fish and animals. Studies have identified more than 40 mammal species in the region, ten of them being on the IUCN endangered species list.

The Jauaperi river is home to less than a thousand traditional inhabitants who make a living by extracting forest products like Brazil nuts, copaiba oil, natural fibres and fish. Xixuaú is the further north of the 10 communities located along the river. 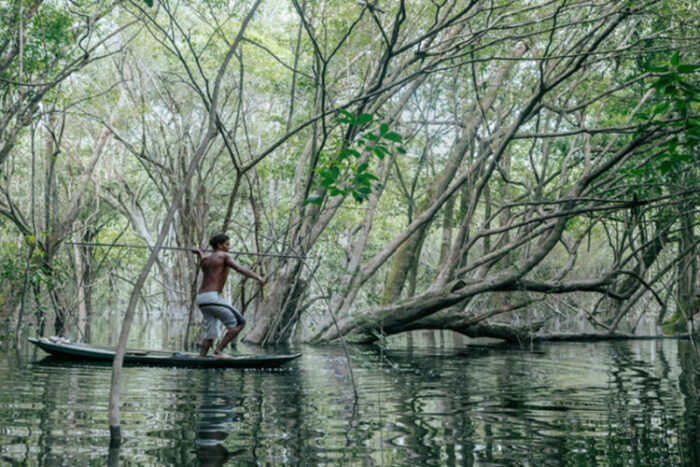 How to get there

Xixuaú can be reached only by river, with a spectacular one-day cruise from Manaus, going up the Rio Negro and the Rio Jauaperi.

If instead you have little time and some more resources available, you can rent a small seaplane that will take you to Xixuaú in a couple of hours!

See the boats and the accommodation

Discover all the activities you can do at Xixuaú